Contact Us For Best Price For Servo Voltage Stabilizer 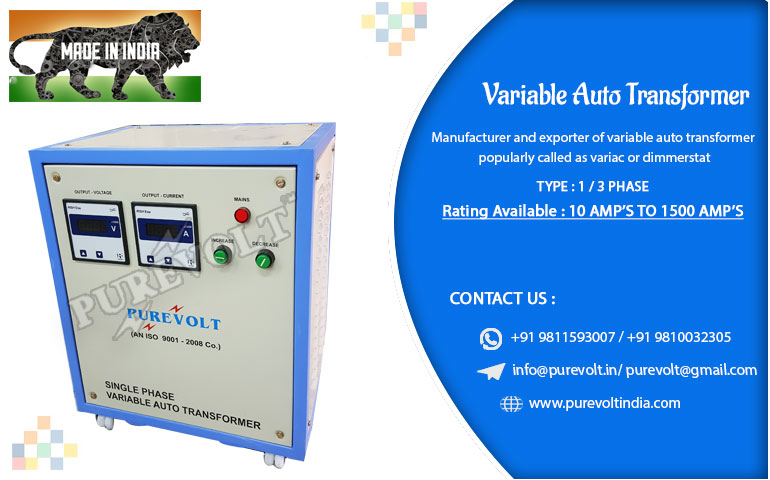 Variacs or variable auto transformer is a continuously variable voltage transformer, having a single layer winding on a toroidal core of high grade steel.


On one face of the copped winding, along the periphery, a special durable contact surface is made. a specially designed carbon brush slides smoothly on the surface. a contact arm holding the contact brush is fitted to the central shaft and as the control knob is rotated, the carbon brush slides over the winding and taps off a portion of voltage across the winding. the basic auto transformer is meant for operation off a nominal voltage of 240 v a.c & can give output voltage anywhere between 0 – 240 v or up to 290 v, by a simple transformer action.

If you are looking for servo stabilizer, we are most reputed brand manufacturer and exporter of servo voltage stabilizer